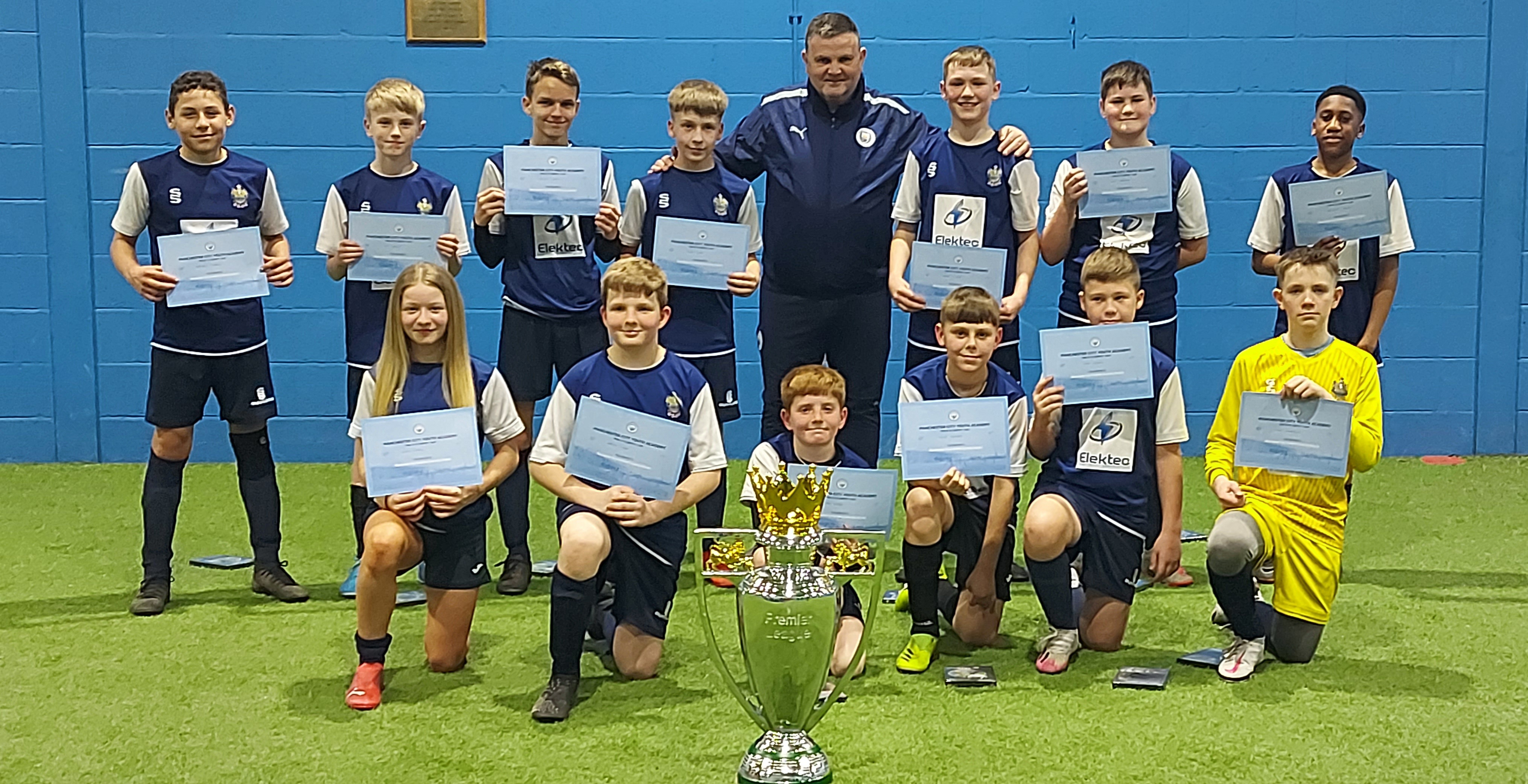 Elektec’s Finance and Business Communications Manager, Charlotte Knowles, said “I contacted the Headteacher of Moorland Private School, Jonathan Harrison, a good friend of mine and asked him if he could help Elektec to arrange something special for AFC Darwen U13s.  Elektec sponsor this team in the name of ourselves and East Lancashire Hospice, in memory of Tom and Jack Mayoh’s late mother, as the brothers play for the team.

Jonathan was so helpful and put me in contact with Charlie Jackson. Charlie immediately agreed to deliver a private coaching session for the team, which was so kind of him.  The evening was fantastic and was made all the more special by having East Lancashire Hospice there with us too.”

Gareth Mayoh, father of Tom and Jack Mayoh stated “It was fantastic to see the kids being put through their paces by the Manchester City coaches, which took place at Moorland High School, learning new skills and enjoying learning from the coaches experience . They thoroughly enjoyed themselves and will definitely take a lot away from it.
For Tom, Jack and myself, Elektec’s sponsorship of the team means a lot more because of their continued support of East Lancashire Hospice. A local charity that means so much to us and our family.  The Elektec team do so much work in the community and their support of a grassroots football team is brilliant to see and for the kids to experience.”

Unbeknown to Elektec and all in attendance, Charlie Jackson had arranged for a Manchester City Scout to be present for the session and they spotted talent in one particular player, 12 year old Leah Smith who attends Darwen Aldridge Community Academy.  Her details have now been passed directly to Manchester City for consideration for their female league.  Whilst there is no guarantee Leah will be successful, Leah and her family are extremely pleased to have had the opportunity.

AFC U13s Manager, Kenny Duce, said “Once Charlotte from Elektec told us of her plans to arrange a coaching session for the team at the Man City training academy, we knew the kids would love it! They all said it was brilliant, they enjoyed having a professional coach and enjoyed the buzz that the training academy brings.

We are super grateful to have such a supportive sponsor, not only sponsoring the kits and supporting AFC Darwen, but the fact that Charlotte and Carl want to be involved with the team and are looking at ways to make the partnership more exciting for all involved. We look forward to the upcoming seasons with Elektec continuing as our sponsor and can’t thank them enough for their continued support.”

Elektec will be continuing to sponsor the team in the name of Elektec and East Lancashire Hospice for the foreseeable future.

An apprenticeship is a system designed to train a new generation of workers in a trade or profession of their... 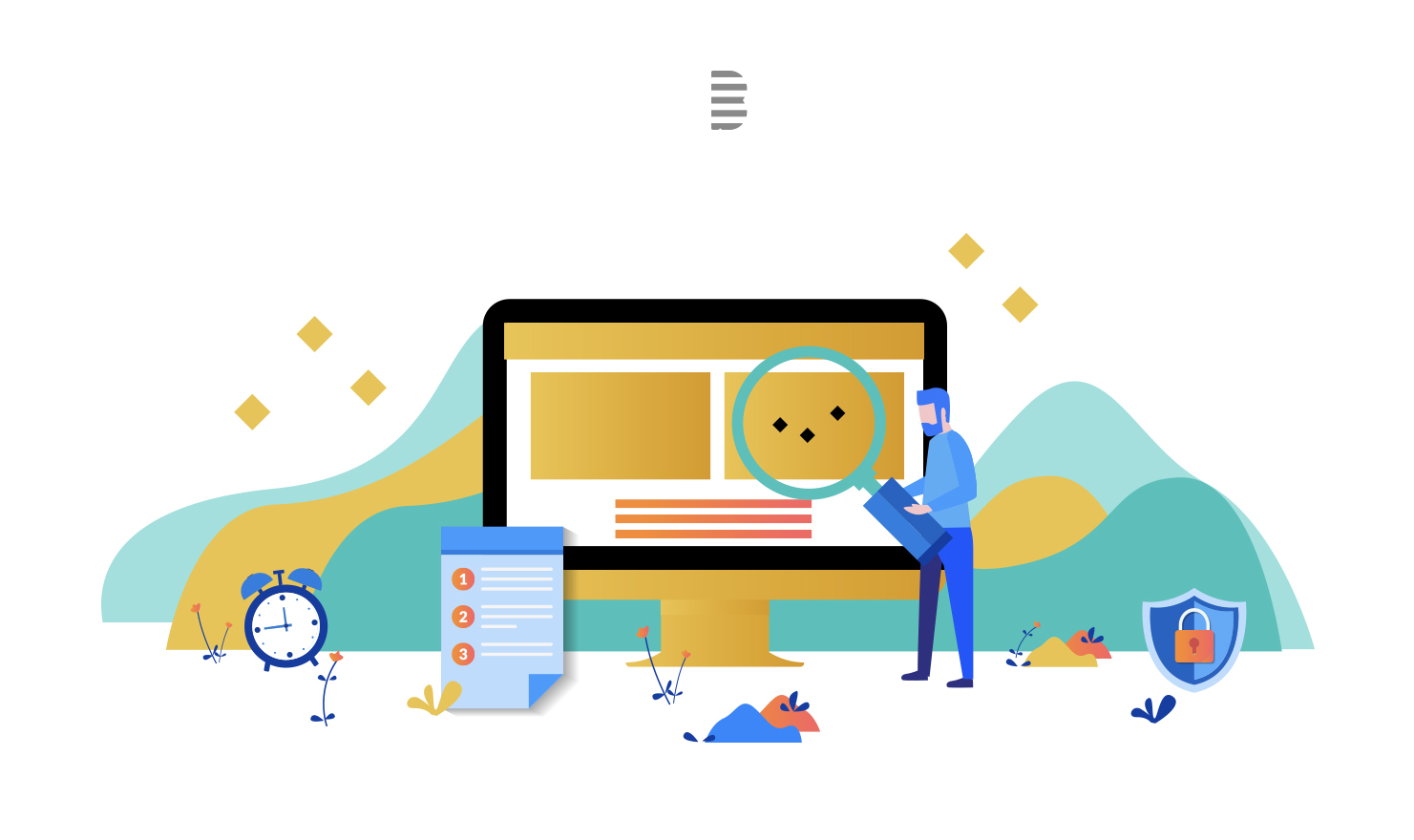 Choosing the right software team to collaborate with is crucial to ensure your project is successful and making the wrong... 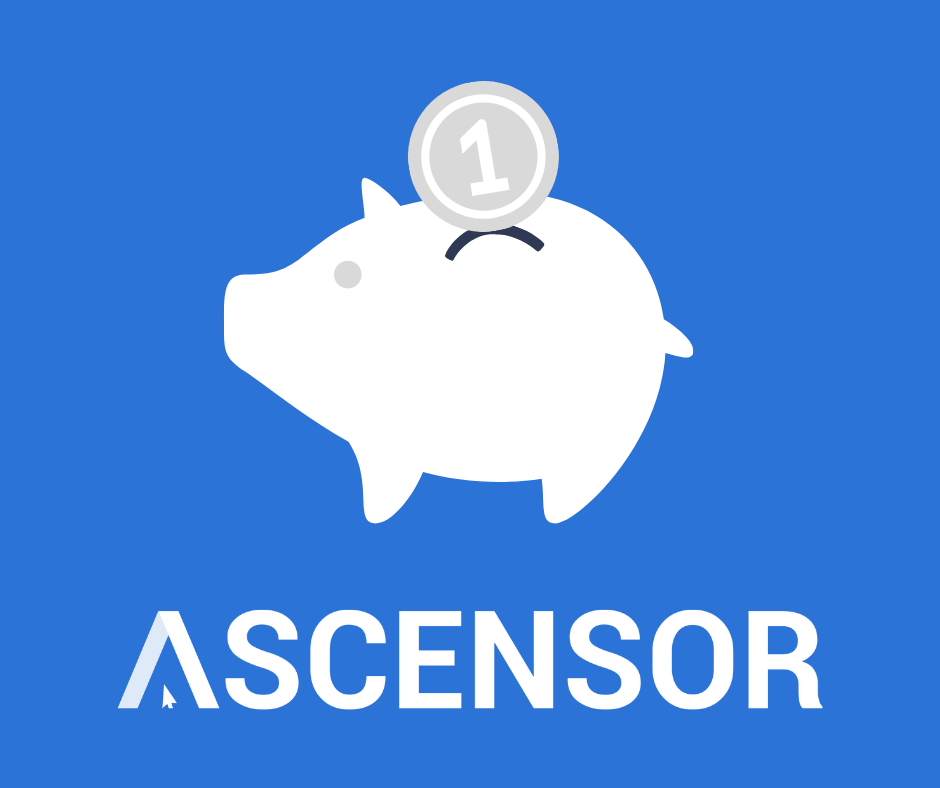 Digital funding could be available for your business

Looking for funding to support your business? If you’re a business looking for marketing support or wanting to improve your... 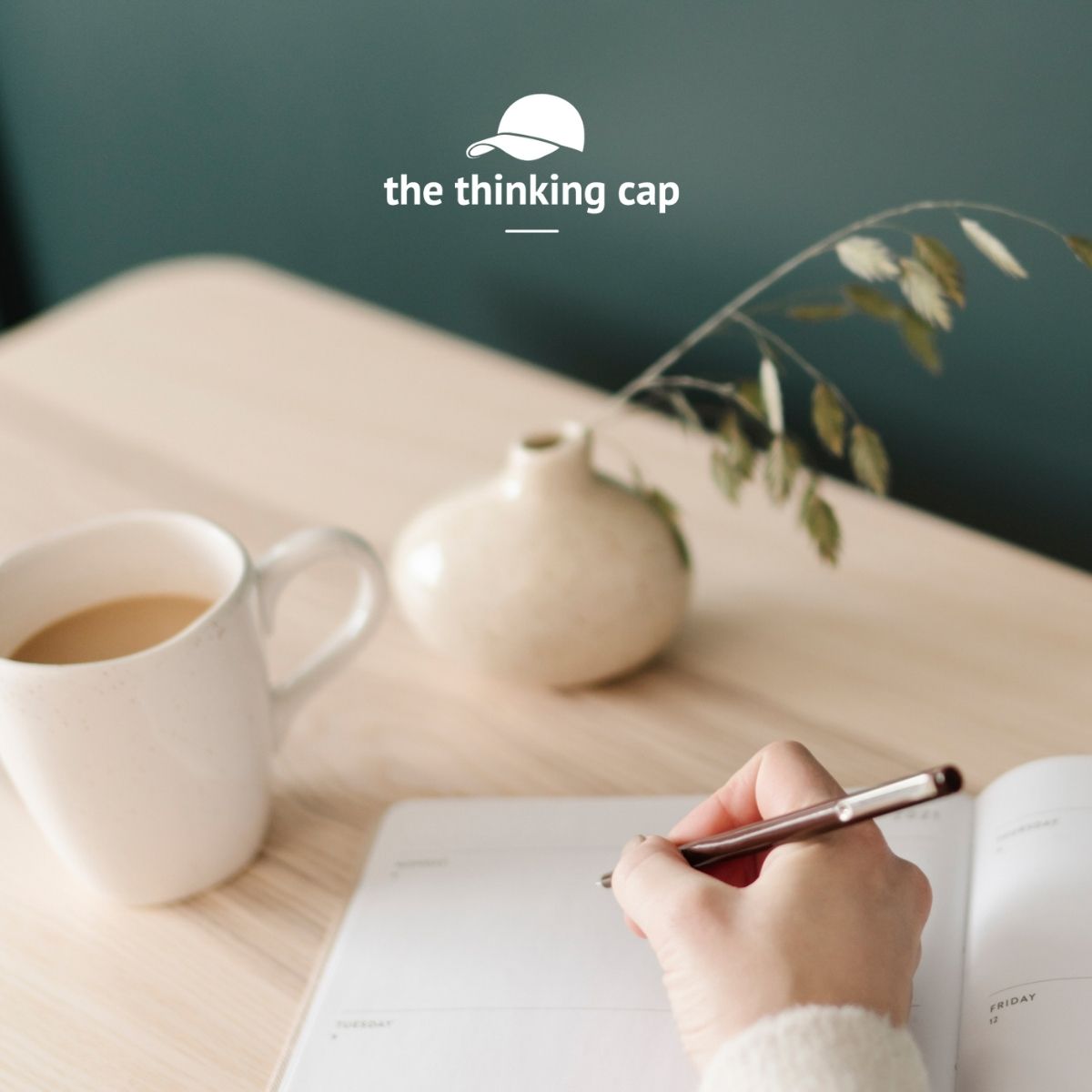 By: The Thinking Cap

We all want to make our mark on our social media platforms and we want our audience to engage and... 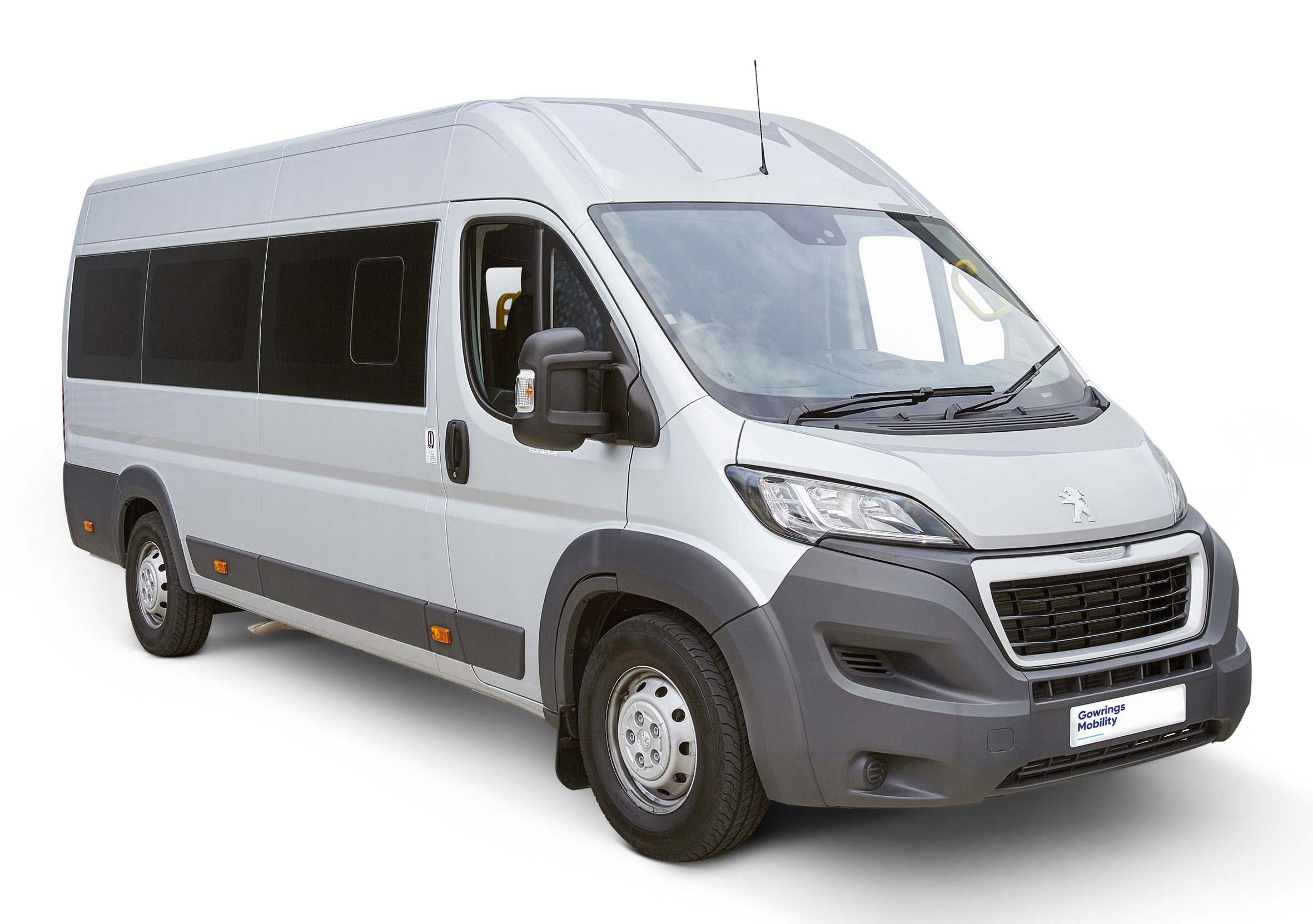 Sharing a great testimonial from one of our customers - many thanks! Nick has provided the minibus assessments of our...